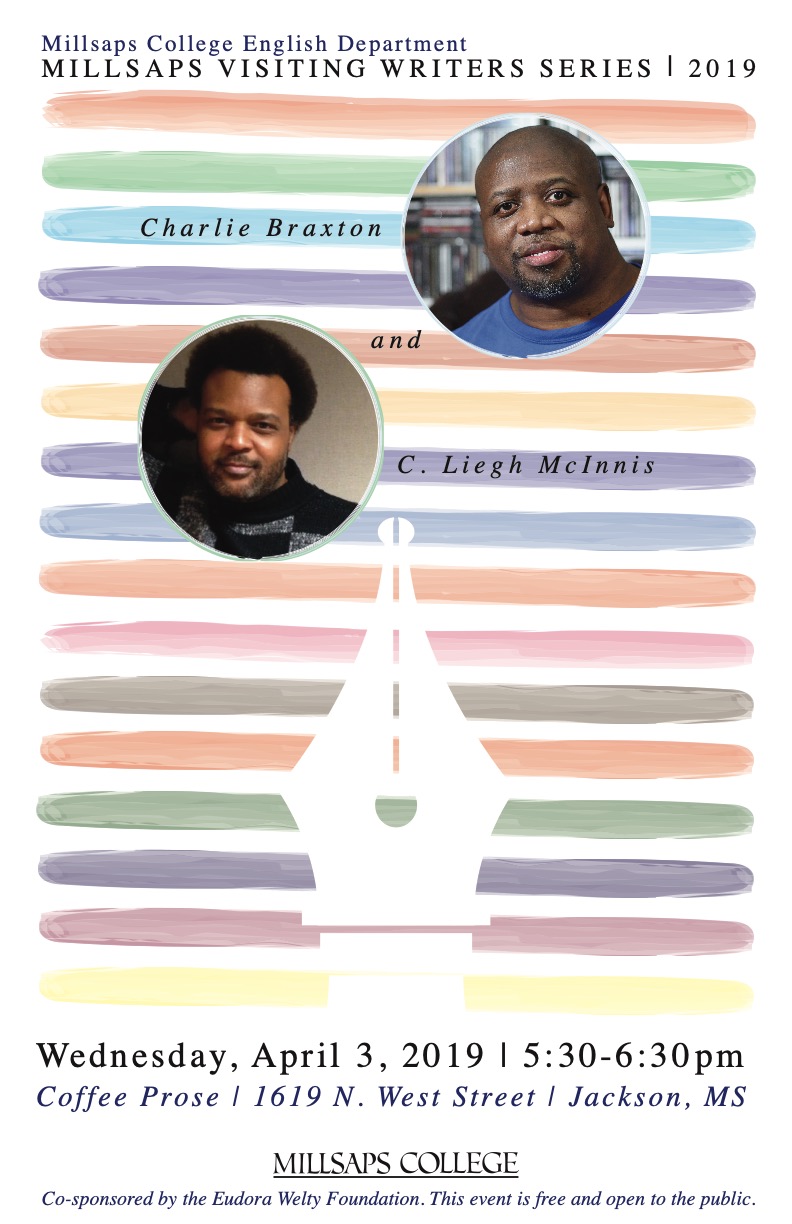 Two popular Mississippi poets and literary masters, Charlie Braxton and C. Liegh McInnis, will present their work on Wednesday, April 3, from 5:30-6:30 at Coffee Prose, a new venue across from the Millsaps College campus at 1619 N. West Street. The event is free and open to the public and is co-sponsored by the Millsaps English Department’s Visiting Writers Series and the Eudora Welty Foundation.

A native of McComb and graduate of Jackson State University, Braxton is a poet, playwright, and journalist. Volumes of poetry to his credit include Cinders Rekindled, inspired by the Black Arts Movement, and Ascension from the Ashes. His poems have been published widely in magazines and anthologies. His plays include Bluesman and Artist Doesn’t Live Here Anymore. Braxton also is well-known as a music journalist and is particularly noted as a Hip Hop expert. Many of his favorite musicians are included in his poetry tributes.

McInnis is an instructor of English at Jackson State University and is the author of seven books, including four collections of poetry, one collection of short fiction, and one work of literary criticism. He is the former publisher of Black Magnolias Literary Journal. His work has appeared in numerous journals and anthologies. McInnis is in wide demand as a lecturer/spoken word performer at conferences and literary events. In January of 2009, he was one of nine poets invited by the NAACP to read poetry in Washington, D.C., for the Inaugural Poetry Reading celebrating the election of President Barack Obama.