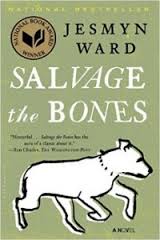 National Book Award-winning author Jesmyn Ward spent a day at Millsaps College on September 18 in sessions with students as well as the public. The free public event was sponsored by the college and the Millsaps/Welty Foundation Partnership.

Ward read from and discussed Salvage the Bones, which received the American Library Association’s Alex Award in addition to the 2011 National Book Award and was a finalist for the New York Public Library Young Lions Fiction Award and the Dayton Literary Peace Prize. 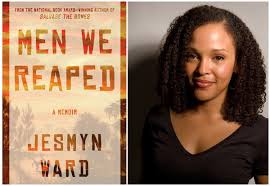 Events with students, scheduled earlier during the day, included those who had recently studied Salvage the Bones with Suzanne Marrs as well as students interested in memoir writing. Ward’s 2013 memoir, Men We Reaped, was described by Natasha Trethewey, U. S. Poet Laureate, as “full of beauty, love, and dignity. . . an essential read.”

Ward is from DeLisle, Mississippi, and was recently named to hold the first Paul and Debra Gibbons Professorship at Tulane University. In her new position, she also will work closely with the New Orleans Center for the Gulf South and the Newcomb College Institute.