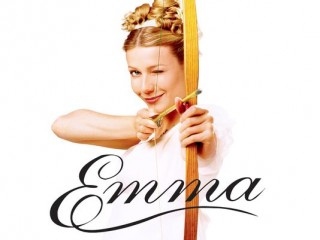 The first in a series of films sponsored  by the Eudora Welty House and Garden in partnership with the Jane Austen Society of Mississippi was an outdoor screening of the movie Emma, starring Gwyneth Paltrow, on May 13.  Two more movies based on her novels will be showcased this fall. Pride and Prejudice with Keira Knightley will be shown September 9, and Bride and Prejudice, a Bollywood version of the story, will be screened October 14.

Author/scholar Carolyn Brown, president of the Jane Austen Society of North America Mississippi Region coordinator, led a brief discussion of the book. This is the 200th anniversary of the publication of Austen’s Emma,  popular with book clubs. Welty, herself, was a fan of Austen’s work.

Crossroads Film Society is also a partner in the film series venture. A grant from the Mississippi Humanities Council and an additional grant from the Jane Austen Society of North America enabled the films to be shown free with no reservations needed. Rain site was the McCravey-Triplett Student Center at Belhaven University.