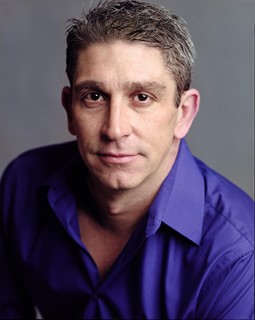 Twenty-two high school students from across the state who earned gold or silver keys in the Mississippi regional division of the Scholastic Writing Awards attended the McMullan Young Writers Workshop at Millsaps College July 20-24.

Margaret McMullan, award-winning novelist, short story writer, and essayist, spoke at the closing session on Friday night, and students read brief selections from their own works.

Richard Blanco, who read a poem he wrote for the occasion at President Barack Obama’s second inauguration, was the keynote speaker Monday night. He read from his memoir, The Prince of los Cocuyos, and from his award-winning poetry.

Students participated in daily sessions with fiction writer Mary Miller, poet Richard Boada, and Michael Pickard, English and creative writing professor at Millsaps. They also skyped with other writers, including Helen Habila and Megan Stielstra, and had instruction from other speakers and professors. They worked on their own creative writing during the week and toured the Eudora Welty House and Margaret Walker Center.

Blanco, who also spoke to the workshop participants, said writing requires “work and instruction, lots of racking your brain just like with any career, and it’s a discipline that can be learned and improved upon.” He was born in Madrid and grew up in Miami, the child of Cuban immigrants. The Prince of los Cocuyos covers Blanco’s life from ages seven to 17 and describes his coming of age and his effort to navigate his two imaginary worlds — the Cuba of the 1950s that his family longed for and his own idealized America.