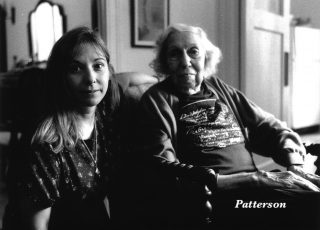 A large crowd gathered in the Camellia Room to welcome Henley back to her hometown and delighted in her stories about growing up in Jackson and being introduced to the theater by her mother, the late actress Lydy Henley, a New Stage Theatre favorite. 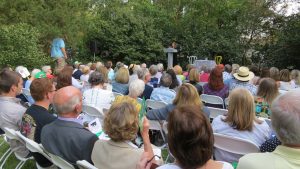 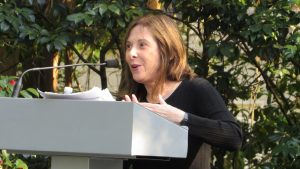 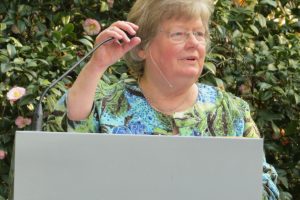 The welcome by Welty Foundation board chairman Holmes Adams and Henley’s introduction by Suzanne Marrs, at left, may be heard here. The lecture may be heard

and the question and answer session is available

Henley , seen below with Grady Jolly and Anna Jolly Burnett, was honored at a dinner hosted by Millsaps College President and First Lady Rob and Phoebe Pearigen, shown at right. 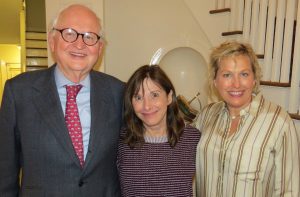 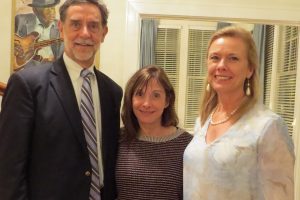 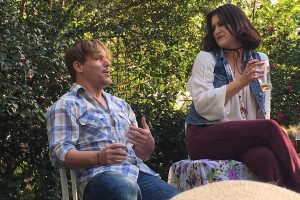 Before Beth shared her story, the audience was treated to actors Sydney Blackwell as Meg and Michael Kinslow as Doc in a scene from Henley’s award-winning “Crimes of the Heart,” directed by John Maxwell and produced by Peter Friedrich, assistant professor of theater at Millsaps College. Blackwell and Kinslow, directed by Maxwell, also appeared in these roles at New Stage Theatre in 2015 to inaugurate the theatre’s 50th anniversary.

The Welty Foundation was pleased to have the Millsaps English Department’s Visiting Writers Series co-sponsor this event. A reception in the Garden followed.